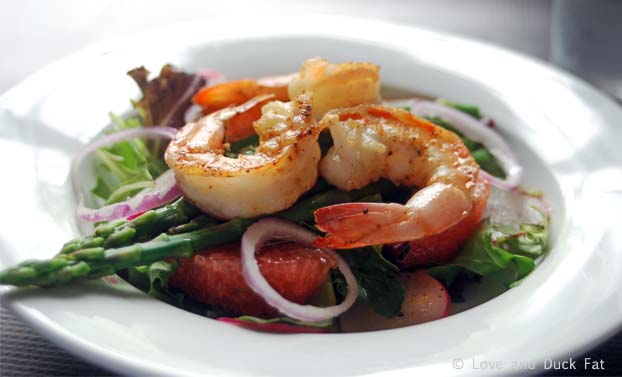 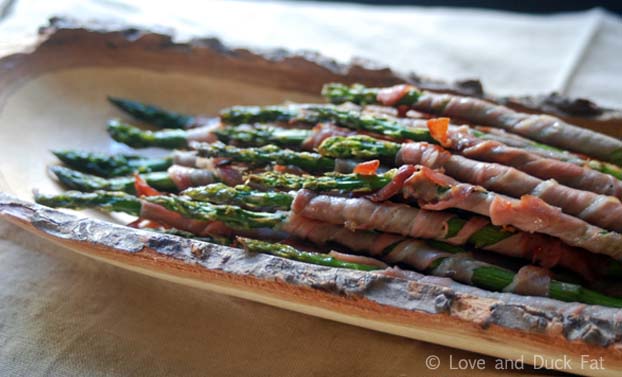 I saw this recipe for asparagus wrapped with prosciutto on Pinterest and just had to try it out. The bright green asparagus spears wrapped in a cocoon of salty prosciutto looked so delicious, and easy to boot.

I’m always on the hunt for easy appetizer recipes that are elegant, fresh and delicious and this one fit the bill. My main concern was that prosciutto would fall off, but there was no need to worry. Once cooked, the asparagus and salty ham became one.

We had a few unexpected guests over and I took a few minutes to wrap these up (the most time-consuming part). A blast in the oven and I presented everyone with a cheese plate, a bowl of nuts, some fruit and these lovelies. Everyone’s eyes opened wide when they saw my steaming plate of yummy-ness. Voila! I’m such a fancy gal all of the sudden. I didn’t bat an eye and went about my business as usual. Of course, my husband made some crack about how “we always eat like this” and everyone chowed down.

The asparagus was gone in mere minutes.

This recipe is officially part of my appetizer–or since I’m a fancy gal–my hor d’oeuvre repertoire. I hope it becomes part of yours! 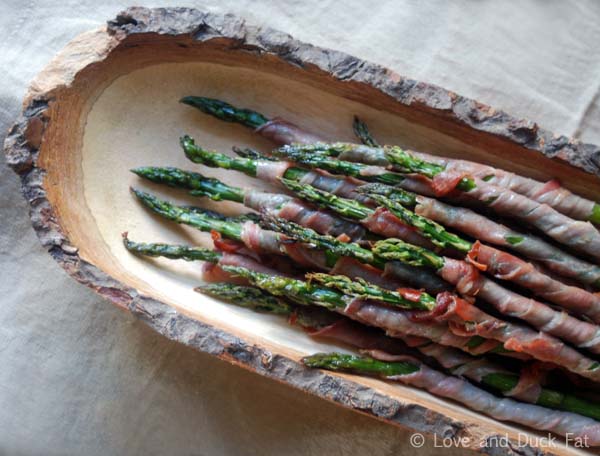 Heat the oven to broil, with a rack 6 inches below the heating element.

Place the asparagus on a sheet pan. Drizzle with olive oil and toss with your hands. Remove them to a plate.

Broil for 3-5 minutes, until crisp and slightly browned. Flip them over with tongs and broil for another 3 minutes. Remove from the oven and sprinkle with freshly ground pepper before serving. 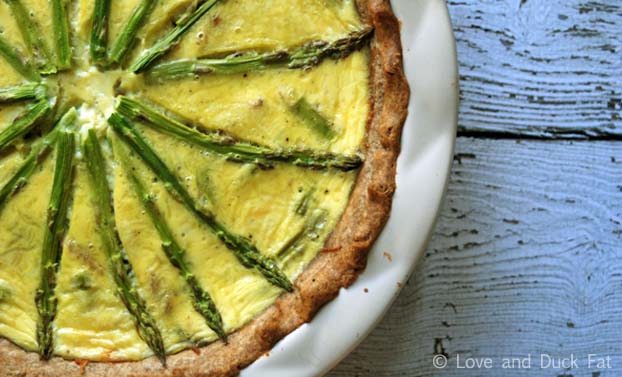 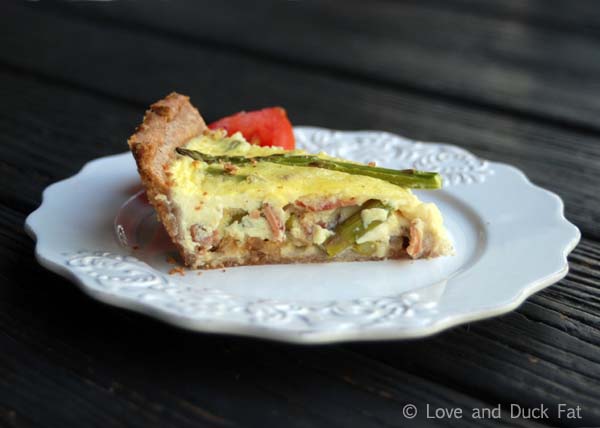